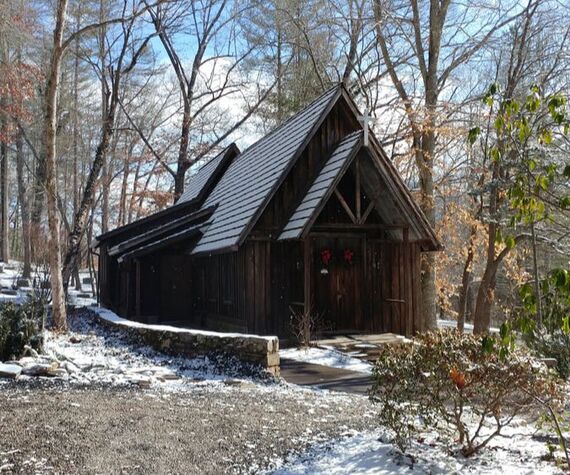 The original church building was constructed in 1880 using donated land, lumber, and time, and was consecrated in 1881 by Bishop Lyman.  This church was called St. John's, Nonah after the Cherokee Indian name for evergreen tree. Reverend J. A. Deal was the "Missionary in Charge". Reverend Deal worked in St. John's until 1910.  Following this, church membership declined, the building fell into disrepair and as a result it was torn down and many of the graves moved to the cemetery in Franklin.
​
In 1940 the Reverend Rufus Morgan, whose parents were the first couple married in the original church, began an effort to rebuild a church on the original property site.  His efforts to save money, to collect donations, to clear the grounds, to have the lumber sawed, and to find those items from the original church still in existence led to a service being held in the new church in 1945.  Reverend Morgan held services at St. John's and ten other churches in Western North Carolina until his retirement in 1957.  Following his retirement, St. John's became his chief love and he served this church until his death.
St. John's Historical Tours.
Please enjoy the brief audio tour of St. John's Episcopal Church on your smart phone.
Tour 1 coming soon!
Proudly powered by Weebly